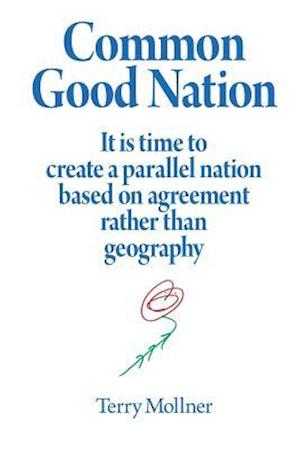 This book is an i nvitation to join the Common Good Nation. It is time to create a parallel nation based on a more mature worldview. Also, where anyone on Earth can easily join or leave it at any time because it is defined by agreement rather than geography. It is also time to create a more mature form of democracy. The geographically defined nations provide us the possibility of creating in the private sector a nation defined by agreement that can eventually become more important to people while they continue to be fully responsible as citizens of both. It is not 1776. It is 2017. Our human societies have matured. It is time to honor this maturation by providing the opportunity for people to join a nation that is based on our current level of human maturity. The Common Good Nation (CGN) you will herein be invited to join will be loved by the geographically nations. They will accurately view it as a free research and development program. Whatever it creates that works well can be copied or, if deemed best left in the private sector, supported with tax incentives. The CGN is based on people choosing their leaders from within groups of less than one hundred people where everyone knows everyone well. This puts an end to millions of people going to polls to choose between two people to be the President of their country where almost none know both well. It also ends campaign fundraising, marketing tricks, fake news, and all the other troubles with choosing leaders that way. It is also very difficult to reach a majority decision on an issue where the worldviews of the citizenry are all over the map. This is the result of primarily defining a nation by the land it occupies. More quick and wise decisions can be made when all the people in the nation share a particular worldview. The CGN described in this book is based on a particular worldview. Only those who share it will join. It will also use a more mature democratic process briefly described above. There is no taxation: except for a small annual fee to confirm a person as a citizen for the following year, all expenses are paid for with fees or donations. If you share its worldview and want to explore its use of a more mature form of democracy, we invite you to read this book and consider joining with us to create the CGN. You can do so by going to our website: www.commongoodnation.org.