indgår i serie The Damned Emperors 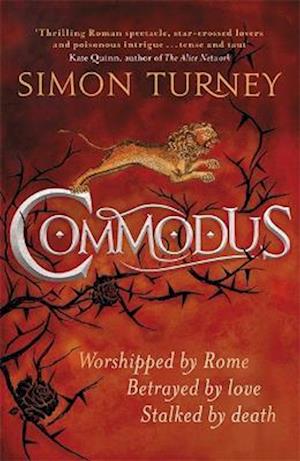 From the author of Caligula (an engrossing new spin on a well-known tale - The Times) comes a new standalone novel in the Damned Emperors series: Commodus.Rome is enjoying a period of stability and prosperity. The Empire's borders are growing, and there are two sons in the imperial succession for the first time in Rome's history. But all is not as it appears. Cracks are beginning to show. Two decades of war have taken their toll, and there are whispers of a sickness in the East. The Empire stands on the brink of true disaster, an age of gold giving way to one of iron and rust, a time of reason and strength sliding into hunger and pain.The decline may yet be halted, though. One man tries to hold the fracturing empire together. To Rome, he is their emperor, their Hercules, their Commodus.But Commodus is breaking up himself, and when the darkness grips, only one woman can hold him together. To Rome she was nothing. The plaything of the emperor. To Commodus, she was everything. She was Marcia.