The Commedia dell'Arte of Flaminio Scala 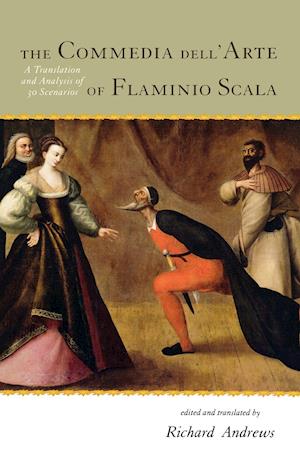 The Commedia dell'Arte of Flaminio Scala presents a translation and commentary of selected scenarios composed or collected by the actor-manager Flaminio Scala that were first published in 1611. Thirty of Scala's 50 scenarios are included, complete with a detailed scene-by-scene analysis that demonstrates the methodology of Italian improvised theatre in the early modern period for the purposes of study as well as re-creation. Taking into consideration previous translations of the work, Richard Andrews's English translation and lengthy analytic commentary of the scenarios provide an overview of the commedia dell'arte style, describing how actors fleshed out scenes by inserting existing material from their repertoire into a plot framework and demonstrating a constant interchange of plot, characterization, and scene structure that moved between scripted and improvised comedy. Andrews points out similarities between the scenarios, borrowings from earlier Italian scripted comedies, analogies with other early modern drama including Shakespeare, and the re-use of these components by later dramatists such as Moliere and Goldoni. An extensive introduction sets the parameters for the commentaries, giving a description of commedia dell'arte as a phenomenon, explaining the categories of masked characters, and describing the nature and structure of the genre. A comprehensive index is organized for quick reference and lists which characters and masks appear in which scenarios, as well as frequent scenic components that recur, such as types of speeches, relationships, and emotional situations.