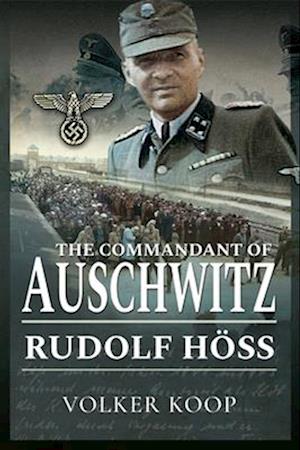 Described as one of the greatest mass-murderers in history, Rudolf Höss, was born in Baden-Baden, on the edge of Germany’s Black Forest region, on 11 December 1901. As a child, his aim was to join the priesthood, but in his early youth he became disillusioned with religion and turned instead to the Army.Höss joined the 21st Regiment of Dragoons, his father’s and grandfather’s old regiment, at the age of just 14. He served with the Ottoman Army in its fight against the British, serving in Palestine and being present at the Siege of Kut-el-Amara. During this period, he was promoted to the rank of Feldwebel, becoming, at that time, the youngest non-commissioned officer in the German Army. He was also decorated, receiving among other awards the Iron Cross, First and Second class.In the midst of the political upheavals in post-war Germany, Höss was drawn to the hard-line philosophies of Adolph Hitler, joining the Nazi Party in 1922. His ruthless commitment to the Nazi cause saw him convicted of participating in at least one political assassination, for which he spent six years in prison.Predictably, Höss joined the SS and in 1934 became a Blockführer, or Block Leader, at Dachau concentration camp. His ruthless dedication led to him becoming the adjutant to the camp commandant at another concentration camp, Sachsenhausen. Then, in May 1940, Höss was given command of his own camp near the town of Auschwitz.In June 1941, Höss was told that Auschwitz had been selected as the site for the Final Solution of the Jewish question. Höss set about his task with relish, and a determination to kill as many Jews as quickly and efficiently as possible. By his own estimation, he was responsible for the deaths of at least 3,000,000 individuals.Justice caught up with Höss after the German surrender when he was arrested on 11 March 1946, after a year posing as a gardener under a false name. He was found guilty of war crimes and was hanged on 16 April 1947.