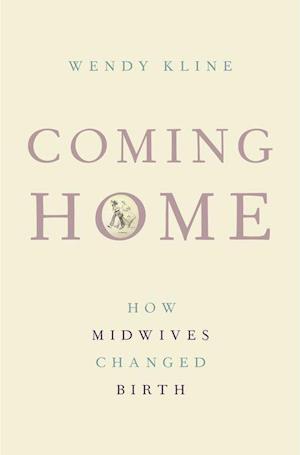 By the mid-twentieth century, two things appeared destined for extinction in the United States: the practice of home birth and the profession of midwifery. In 1940, close to half of all U.S. births took place in the hospital, and the trend was increasing. By 1970, the percentage of hospital births reached an all-time high of 99.4%, and the obstetrician, rather than the midwife, assumed nearly complete control over what had become an entirely medicalized procedure. Then, seemingly out of nowhere, an explosion of new alternative organizations, publications, and conferences cropped up, documenting a very different demographic trend; by 1977, the percentage of out-of-hospital births had more than doubled. Home birth was making a comeback, but why? The executivedirector of the American College of Obstetricians and Gynecologists publicly noted in 1977 the "rising tide of demand for home delivery," describing it as an "anti-intellectual-anti-science revolt." A quiet revolution spread across cities and suburbs, towns and farms, as individuals challenged legal, institutional and medical protocols by choosing unlicensed midwives to catch their babies at home. Coming Home analyzes the ideas, values, and experiences that led to this quietrevolution and its long-term consequences for our understanding of birth, medicine, and culture. Who were these self-proclaimed midwives and how did they learn their trade? Because the United States had virtually eliminated midwifery in most areas by the mid-twentieth century, most of them had little knowledge of or exposure to the historic practice, drawing primarily on obstetrical texts, trial and error, and sometimes instruction from aging home birth physicians to learn their craft. While their constituents were primarily drawn from the educated white middle class, their model of care(which ultimately drew on the wisdom and practice of a more diverse, global pool of midwives) had the potential to transform birth practices for all women, both in and out of the hospital.

Forfattere
Bibliotekernes beskrivelse Coming Home tells the story of how a significant number of parents in postwar America opted out of the standardized medicated hospital birth and recast home birth as a legitimate and desirable choice. 25 hts