- A Life with Britain's Strip Legends 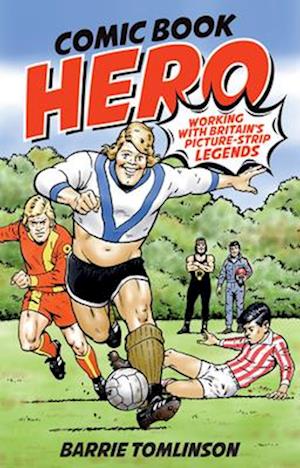 In the 1960s, 70s and 80s, children's comics were a massive part of a young person's life. Comic Book Hero tells the inside story of how Barrie Tomlinson built up a successful boys' publishing group at IPC Magazines - now the stuff of legend among nostalgic and modern-day fans of the UK comic scene and its surrounding culture. Barrie started on Tiger comic as a subeditor, went on to be editor and eventually became head of the Boys' Sport and Adventure Department, in which capacity he launched Roy of the Rovers comic, the new Eagle, Scream, Speed, Wildcat, Teenage Mutant Hero Turtles and Toxic Crusaders. The book tells about the Geoff Boycott, Big Daddy and Suzie Dando annuals he produced, and the 22 years spent writing the Scorer picture-strip for the Daily Mirror. Barrie also reveals dealings with the top stars as they joined Tiger, to make the title one of the most famous comics in Britain.

Forfattere
Bibliotekernes beskrivelse In the 1960s, 70s and 80s, children's comics were a massive part of a young person's life. This book tells the story behind the production of comics such as Tiger, Roy of the Rovers, Scream, Speed and many more, where author Barrie Tomlinson worked as editor. Read how top stars of sport and showbusiness contributed to the success of his titles. Includes colour images throughout