Comets and the Origin of Life

indgår i serie Proceedings of the College Park Colloquia 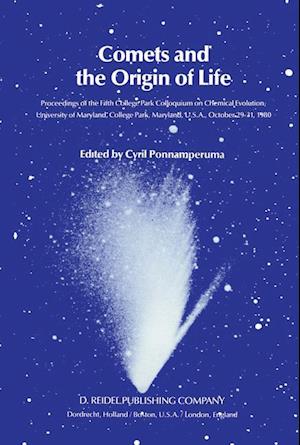 The return of Halley's Cornet in 1986 has generated much ex- citement in the scientific community with preparations already afoot for an International Cornet Watch and a cornet launch by the European Space Community, the Japanese and Soviet Space Scientists. The meet- ing held at the University of Maryland in October 1980 was primarily stimulated by the preparations for further study of this cornet and by one of the most important unanswered questions related to comets, name- ly, whether they may have made a eontribution to the origin of life on earth. Our un"derstanding of the role of comets in the origin of life must necessarily come from our studies of the astronomy and the chem- istry of comets. Some clues to the processes which led to the for- mation of organic molecules and eventually to the appearance of life have come from these studies of comets, perhaps the most ancient of all objects in our solar system. Whether there is, however, a biology of comets still remains to be seen, although some claims have been made that perhaps comets might themselves provide an environment for even the beginnings of life. Scientists with the latest available information on comets and differing opinions as to the role of comets in the origin of life attended this symposium. The formal papers presented are now being made available to the students of chemical evolution within the pages of this volume.