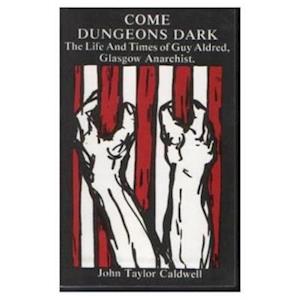 Hardly a street-corner site in Glasgow did not know Guy Aldred's great resonant voice belabouring the evils of society. Hardly a Glasgow voter for three generations did not have the opportunity of electing him to the city or national government he despised so much - and vowed to enter only on his own terms, if elected. But he never was elected, although he once stood simultaneously for 14 city wards. He claimed there was better company in Barlinnie (which he knew well) than in the Corridors of Power. Guy Alfred Aldred was born on November 5th, 1886, and died on 16th October 1963. He had just 10 pence in his pocket when he died. Born a Londoner, he settled in Glasgow in 1919, although he was well known in the city before then. He spoke and wrote many millions of words in his unending drive towards what he believed to be the liberation of mankind from economic and philosophical bondage. Boy-Preacher, Social Democrat, Prisoner of Conscience (repeatedly), Conscientious Objector, Anarcho-Communist, orator, writer, publishing - Guy Aldred never ceased struggling for those things in which he believed. John Taylor Caldwell was the man who carried the banner for Guy Aldred.He left Guy's death-bed to carry on the work, and continued the struggle for several more years.