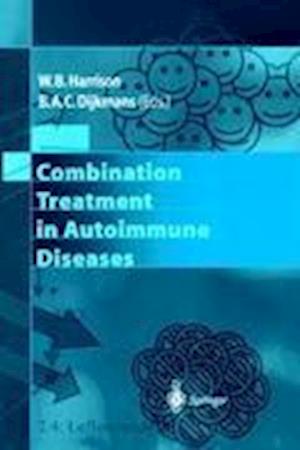 W. B. Harrison, B. A. C. Dijkmans During the last decade intervention has been instituted for all kinds of disease- even in a premorbid state, as early as possible, to control the activity of the disease, to avoid further damage and to maintain quality of life. Apart from the principle 'Treat now, not later", emphasis is laid on aggressive initial therapy. These adagia have influenced in recent times all fields of medicine, from oncology to infectious diseases and also - the topic of the present edition - the "autoimmune diseases". As an example of the latter, rheumatoid arthritis (RA) demonstrates how the attitude of physicians has been changed. From an expectant point of view in the eighties (primum nil nocere) the attitude has been changed, as we approached and entered the new millennium, to initial ag gressive therapy especially in patients with a poor prognosis. Despite the advance of instituting monotherapy with a single optimised disease-modifying anti-rheumatic drug (DMARD) - with methotrexate as prototype agent in RA - adequate disease re mission is not often achieved, and adverse events may well prevent the use of higher dosages of the single agent in question. Therefore, the next step was to combine two or more DMARDs. The choice of combining DMARDs can be purely practical and based upon the anti-rheumatics most used in daily practice, for instance methotrexate and sulphasalazine. The choice of combining drugs can be influenced by different toxicity patterns to avoid cumulative toxicity.