- The Life and Legacy of Hugo Chavez 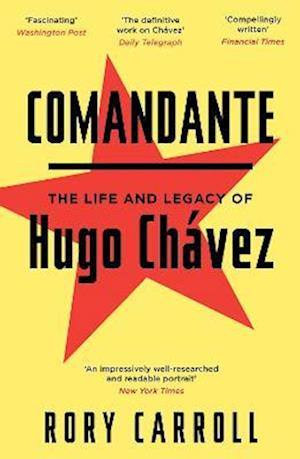 Hugo Chavez was a true phenomenon. On his death in March 2013 tens of thousands of Venezuelans took to the streets and honoured a seven-day period of national mourning. Chavez has been compared to Napoleon, Nasser, Peron and Castro but the truth is there has never been a leader like him. He was democratically elected, reigned like a monarch from a mobile television throne, and provoked adoration and revulsion in equal measure.How did a charismatic autocrat seduce not just a nation but a significant part of world opinion? And how did he continue to stay in power despite the crumbling of Venezuela? When he first came to power in 1999, Chavez became a symbol of hope and freedom for his people. Yet, in his fourteen years as president, Chavez seized control of the lucrative Venezuelan oil industry, allowed basic government functions to wither, jailed political opponents and courted Castro and Ahmadinejad, all while occupying much of Venezuela's airwaves with his long-running television show, Alo Presidente!.In Comandante, acclaimed journalist Rory Carroll breaches the walls of Miraflores Palace to tell the inside story of Chavez's life and his political court in Caracas. Blending the lyricism and strangeness of magical realism with the brutal, ugly truth of authoritarianism - a powerful combination reminiscent of Ryszard Kapuscinski's The Emperor - Rory Carroll has written the definitive account of Hugo Chavez's presidency, and the legacy he has left behind.

Forfattere
Bibliotekernes beskrivelse Updated since Chavez's death in March 2013, Comandante is the definitive account of Chavez's presidency, an authoritative chronicle of one of history's greatest leaders and his legacy. 8pp Black and White images printed on text paper