- Paints, Pigments, and the Transformation of Modern Architecture in 1920s Germany 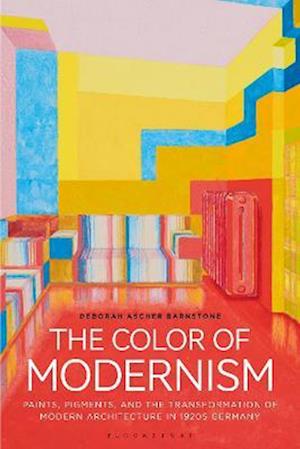 One of the most enduring and pervasive myths about modernist architecture is that it was white-pure white walls both inside and out. Yet nothing could be further from the truth. The Color of Modernism explodes this myth of whiteness by offering a riot of color in modern architectural treatises, polemics, and buildings.Focusing on Germany in the early 20th century, one of modernism's most foundational and influential periods, it examines the different scientific and artistic color theories which were advanced by members of the German avant-garde, from Bruno Taut to Walter Gropius to Hans Scharoun. German color theory went on to have a profound influence on the modern movement, and Germany serves as the key case study for an international phenomenon which encompassed modern architects worldwide from le Corbusier and Alvar Aalto to Berthold Lubetkin and Lina Bo Bardi.Supported by accessible introductions to the development of color theory in philosophy, science and the arts, the book uses the German case to explore the new ways in which color was used in architecture and urban design, turning attention to an important yet overlooked aspect of the period. Much more than a mere correction to the historical record, the book leads the reader on an adventure into the color-filled worlds of psychology, the paranormal, theories of sensory perception, and pleasure, showing how each in turn influenced the modern movement. The Color of Modernism will fundamentally change the way the early modernist period is seen and discussed.