Colonialism, Ethnicity and War in Angola

indgår i serie Routledge Studies in the Modern History of Africa 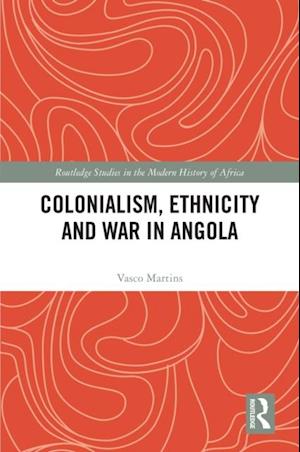 Making a fresh contribution to our understanding of the history of Angola, this book explores the impact of social, political and economic change upon the largest ethnic group of the country, the Ovimbundu. Based on extensive fieldwork conducted in Angola, including oral testimonies and life stories, participant-observation, and archival materials, this book shifts the viewpoint from the colonial enterprise, international politics and ideological alignments to focus on African experiences and responses. The author analyses the transformations introduced by Christianity and colonialisation and how they contributed to politicised modern notions of ethnic identity, creating communal imaginaries that began manifesting during Angolan's anti-colonial war. He then explains how the weaving of this ethno-political landscape assisted UNITA's mobilisation of significant parts of the Ovimbundu during the civil-war, essentially deepening popular belief in the axiom Ovimbundu-UNITA, and how the latter created a national imaginary that echoed social anxieties and moral discourses. The book then explores the links between ethnicity, politics and war on the quality of post-war citizenship in Angola, particularly on people's integration in the citizenry or marginalisation from it.Articulating a reading of ethnicity that connects high politics and elite based explanations with how ordinary people feel and discuss ethnicity, politics and citizenship, this book will be of interest to scholars of African history and politics, as well as ethnicity and nationalism.