Colonial, Refugee and Allied Civilians after the First World War 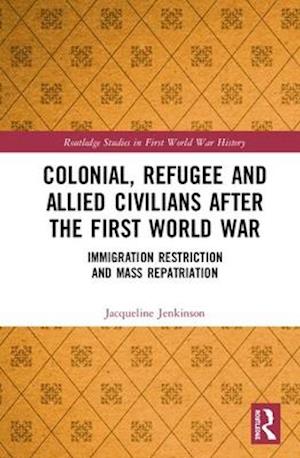 Following the First World War and in actions that challenged Britain's reputation as a liberal democracy, various government departments implemented policies of mass repatriation from Britain of populations of colonial and friendly migrants and refugees. Many of those repatriated had played a significant part in the war effort and had given valuable service in the combat zones and on the home front: serving in the armed forces, in labour battalions and employed in key wartime industries, such as munitions work, the merchant navy and wartime construction. This book sets out to uncover why central government decided to implement a policy of repatriation of "friendly" peoples after the war. It also explores the imposition of wartime and post-war legal restrictions on these groups as part of a major shift in policy towards reducing the settlement and limiting the employment of overseas populations in Britain.