Colonial Psychiatry and the African Mind 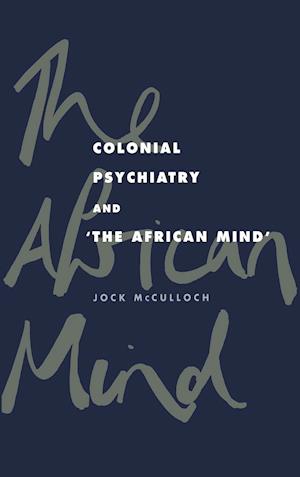 In this history of the practice and theoretical underpinnings of colonial psychiatry in Africa, Jock McCulloch describes the clinical approaches of well-known European psychiatrists who worked directly with indigenous Africans, among them Frantz Fanon, J. C. Carothers and Wulf Sachs. They were a disparate group, operating independently of one another, and mostly in intellectual isolation. But despite their differences, they shared a coherent set of ideas about 'the African mind', premised on the colonial notion of African inferiority. In exploring the close association between the ideologies of settler societies and psychiatric research, this intriguing study is an attempt to explore colonial science as a system of knowledge and power.

Forfattere
Bibliotekernes beskrivelse In this history of psychiatry in colonial Africa, Jock McCulloch describes the clinical approaches of well-known European practitioners, including Frantz Fanon and Wulf Sachs. By exploring the association between settler ideology and psychiatric research, this study examines colonial science as a system of knowledge and power.