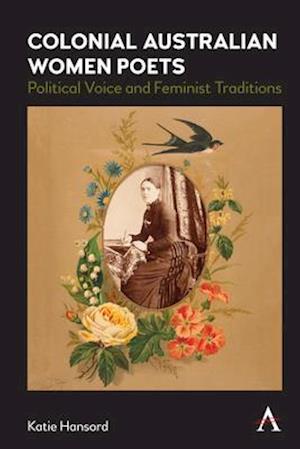 This study examines the significant roles of five women poets, in order of chronology: Eliza Hamilton Dunlop, Mary Bailey, Caroline Leakey, Emily Manning, and Louisa Lawson. The work of these poets can outline the development of women's poetry in Australia and internationally across the nineteenth century, and their inclusion radically alters current scholarship, rethinking the ways in which women poets, feminist politics, and the legacies of Romanticism relate to colonial poetry. Colonial poetry in Australia has generally been interpreted through a lens of oppositionality or insularity. These poets are examined through a transnational frame, which foregrounds challenges to women's subjugation, and oppression relating to class, and race. Since studies of colonial Australian women writers have tended to focus on those writing novels or journals, women's poetry of the period has received less critical attention. The highly gender-conscious writing of these poets reflects knowledgeable and innovative political dialogues that consistently demonstrate the global context of colonial women's poetry. These poets often took what may be considered a cosmopolitan approach, which extended beyond British or emergent Australian nationalisms, in which gender was recognised as a unifying category far more than nation or Empire, extending their interests across ancient cultures, including Greek, Roman, and Indian, Italian, North American, French as well as European cultures, and sometimes incorporating discourses around slavery, indigeneity, and New- and Old-World dichotomies.This book is concerned with the related historical relationships of women's political writing and gender to colonialism, literary romanticism, and emerging national identities. Themes explored in this study, demonstrating these poets' access to a political discourse of gender and class, include abolitionism, Hellenism, eroticism and spiritualism. In prioritising the contributions of women, particularly through print culture, this study seeks to recognise colonial Australian women's poetry as a transnational literature, politicised by its engagement with imperialist and nationalist discourses at a transnational level.