- The Revolutionary War Lives of Alexander Hamilton and Aaron Burr 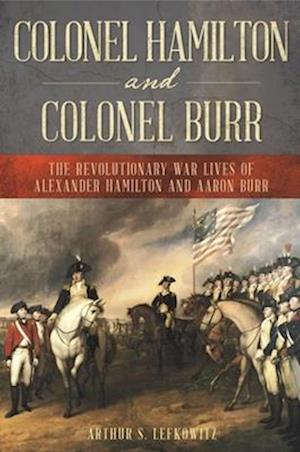 The final meeting of Alexander Hamilton and Aaron Burr took place on the banks of the Hudson in 1804. Their first was in 1776 during the American defense of New York City. Their wartime experiences shaped their lives and contributed to the fraying of the friendship that ended in the famous duel. Colonel Hamilton and Colonel Burr recounts the dramatic Revolutionary War service of Alexander Hamilton and Aaron Burr. The war helped turn Burr into an outsider: his early mentor and patron General Richard Montgomery died in battle, and Burr failed to secure a place on Washington's staff, despite valorous service at New York in 1776, New Jersey in 1777, Valley Forge, and Monmouth in 1778. Ever ambitious, he would live the rest of his life on the fringes of greatness. Hamilton, thanks in large part to his relationship with Washington forged during the war, would enter the pantheon of the country's Founding Fathers. Not only did he serve as one of Washington's aides for four years, he served well at New York and Trenton, crossed the Delaware on Christmas night 1776, and commanded three battalions at Yorktown. The Revolutionary War remains an important source of the Hamilton-Burr conflict, and Lefkowitz explores their roles vividly and traces the war through their later careers and conflicts.

Forfattere
Bibliotekernes beskrivelse Although Alexander Hamilton and Aaron Burr ended their relationship with the famous duel in 1804, their roles during the Revolutionary War remain an important source of the Hamilton-Burr conflict. Arthur Lefkowitz explores their roles vividly and traces the war through their later careers and conflicts. 25