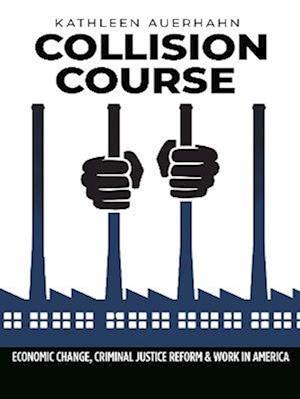 This book is about the convergence of trends in two American institutions - the economy and the criminal justice system. The American economy has radically transformed in the past half-century, led by advances in automation technology that have permanently altered labor market dynamics. Over the same period, the U.S. criminal justice system experienced an unprecedented expansion at great cost.  These costs include not only the $80 billion annually in direct expenditures on criminal justice, but also the devastating impacts experienced by justice-involved individuals, families, and communities.  Recently, a widespread consensus has emerged that the era of 'mass incarceration' is at an end, reflected in a declining prison population. Criminal justice reforms such as diversion and problem-solving courts, a renewed focus on reentry, and drug policy reform have as their goal keeping more individuals with justice system involvement out of prisons, in the community and subsequently in the labor force, which lacks the capacity to accommodate these additional would-be workers. This poses significant problems for criminal justice practice, which relies heavily on employment as a signal of offenders' intentions to live a law-abiding lifestyle. The diminished capacity of the economy to utilize the labor of all who have historically been expected to work presents significant challenges for American society. Work, in the American ethos is the marker of success, masculinity and how one 'contributes to society.' What are the consequences of ignoring these converging structural trends? This book examines these potential consequences, the meaning of work in American society, and suggests alternative redistributive and policy solutions to avert the collision course of these economic and criminal justice policy trends.