- The Memoirs of a Hong Kong Art Addict 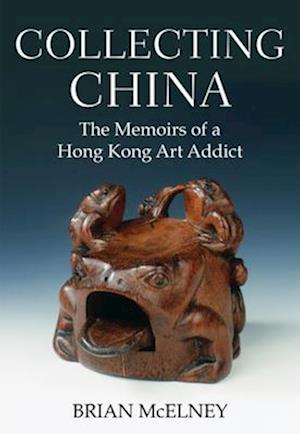 Brian McElney was born in Hong Kong in the early 1930s, and for more than two decades was one of the territory's top lawyers. But in his spare time, he also put together one of the most comprehensive collections of East Asian antiques in the world, many of them spotted by him amongst the knick-knacks on Hollywood Road and Cat Street. His memoir, Collecting China, starts at the height of the Cultural Revolution in the mid-1960s, when it was just not known whether the Red Guards would storm over the border and start smashing up porcelain on the Mid-Levels, and then tells tales ranging from the Hong Kong of the 1930s through to the establishment by Brian of what is today the only museum specialising in Chinese antiquities in the United Kingdom - the Museum of East Asian Art in Bath.