Collecting and Displaying China's "Summer Palace" in the West

- The Yuanmingyuan in Britain and France

indgår i serie The Histories of Material Culture and Collecting, 1700-1950 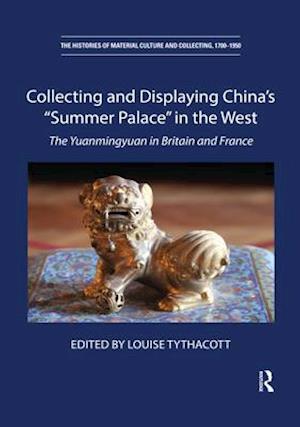 In October 1860, at the culmination of the Second Opium War, British and French troops looted and destroyed one of the most important palace complexes in imperial China-the Yuanmingyuan. Known in the West as the "Summer Palace," this site consisted of thousands of buildings housing a vast art collection. It is estimated that over a million objects may have been taken from the palaces in the Yuanmingyuan-and many of these are now scattered around the world, in private collections and public museums. With contributions from leading specialists, this is the first book to focus on the collecting and display of "Summer Palace" material over the past 150 years in museums in Britain and France. It examines the way museums placed their own cultural, political and aesthetic concerns upon Yuanmingyuan material, and how displays-especially those at the Royal Engineers Museum in Kent, the National Museum of Scotland and the Musee Chinois at the Chateau of Fontainebleau-tell us more about European representations and images of China, than they do about the Yuanmingyuan itself.