- Meditations on Life in the 21st Century 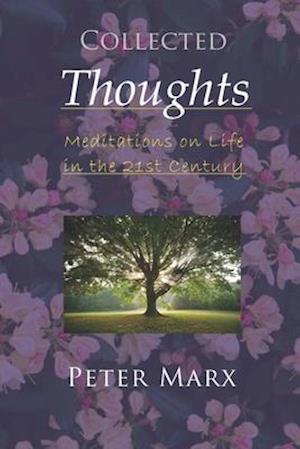 If it is true no two people are exactly alike, then it is a wonder humans read books that other humans have written. One explanation might be that we turn to books because they capture or express something we ourselves might once have felt or experienced, or because they inspire in us something we might wish to incorporate into our own lives, but have not, or could not-as yet. Books are the gateway through which we may gain insight into another person's perspective on what is, or what was, or what might someday become true or real in the future. My purpose in writing down this particular collection of thoughts is to convey how life appeared from my own particular perspective. We live in an age where physical restraint and restriction of movement are no longer the preferred methods of controlling individual behavior. Governments, non-profit organizations, and for-profit business entities have largely turned that job over to the psychologists, the educators, and to the advertising and marketing departments of large corporations, all of which now perform the function of smoothing out differences of opinion, ignoring or suppressing dissent, watering down culture, and providing a standardized worldview easily assimilated by adults and children alike. All of these "new protections" in our present day lives have successfully replaced the older forms of coercion-the star chamber, the inquisition, the board of censors, the penal colonies, the torture chamber, the rack, the interrogation rooms, and ultimately, the firing squad and the hangman's noose. Physical forms of ostracism, banishment, censorship, torture, and imprisonment are now considered antiquated methods of behavioral control, as compared to the more effective modern psychological methods of peer pressure, advertising propaganda, fear of job loss, career obstruction, or threat of legal action. If one day in the future a time should come when the need to think freely and independently begins once again to smolder within the hearts of men and women, and people everywhere wake up from their long slumber to slough off the electronic shackles and sedatives that have crippled them for so long, and governments once again exist for the sole purpose of insuring individual freedom, expression, and protection, then maybe this book will, at last, add its spark to that unquenchable blaze and serve the primary purpose for which it was written.