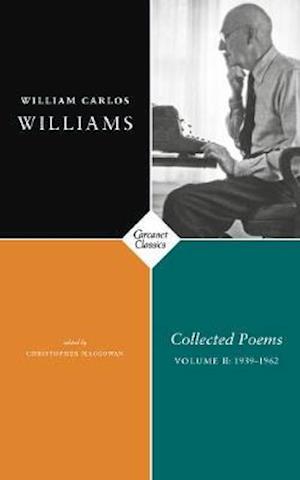 William Carlos Williams' Collected Poems Volume II reissued as a Carcanet Classic. After 1939, William Carlos Williams had embarked on the great original experiment that led to his magnificent, faulted master-work 'Paterson', and the work in the second volume of The Complete Poems provides a luminous record of his developing strategies, the emergence of a firm sense of 'the variable foot', and of the unaffected, secular and democratic voice of a poet who remains the great American modernist. It includes the collections he published alongside Paterson - The Wedge (1944), The Clouds (1948) and The Pink Church (1949); the two books in which he developed his distinctive three-step line, The Desert Music (1954) and Journey to Love (1955); and his final Pulitzer Prize volume, Pictures from Breughel (1962).As in Volume I, previously uncollected pieces are arranged chronologically and placed between the individual books. Williams's verse translations from four languages are also included.Williams remains challenging not because he is obscure but because he is so wonderfully direct. To reveal some of Williams's techniques of revision the editor prints some poems in earlier and later versions, and a few of the poems from the suppressed 1909 volume are included so that we can measure the extent of his growth. As in Volume I, there is a full editorial apparatus.