Collaboration in the Arts from the Middle Ages to the Present 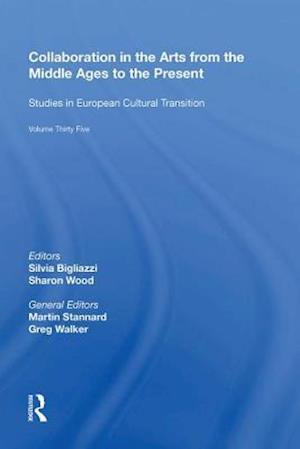 'Collaboration' is a complex cultural and political phenomenon: the combined practice of two or more artists, simultaneously or across time, or the willing (and therefore publicly reprehensible) collusion implied by the term's specifically historical meaning. These interdisciplinary essays propose collaboration as a strategy for ensuring creativity within a dynamic tradition, and as a means of mutual enrichment both between individuals and between disciplines. Writers from Chaucer to Wilde and Conrad are considered in this context, together with medieval iconography and German Romanticism. Yet collaboration as collusion and coercion are also implicated in diverse political and cultural agendas informed by xenophobic and exclusive, rather than inclusive, ideologies. Their impact spreads beyond the lives and minds of individual artists and individual texts to touch on the relationship between the citizen and the state, whether writers from the 'losing' side, the immigrant in Italy, writers who supported Fascisim, or the Roma in Britain.