Cold in the Earth (Mitchell & Markby 3)

- An English village murder mystery of wit and suspense 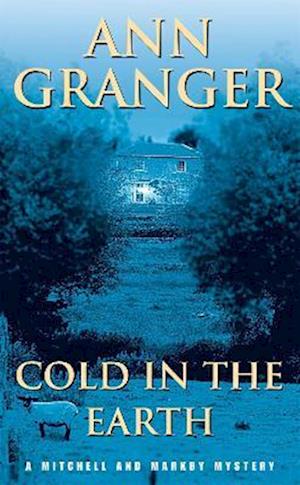 Even the quaintest of villages has its perils... and deadly secrets that cannot be buried...Mitchell and Markby have to dig deep to find a murderer in Cold in the Earth, the third English village crime novel in Ann Granger's Mitchell & Markby series. The perfect read for fans of Ruth Rendell, Agatha Christie and ITV's Midsomer Murders.'Set in the familiar mode of traditional country crime stories, there is nothing old-fashioned about the characters, who are drawn with a telling eye for their human foibles and frailties' - Oxford TimesTo Meredith Mitchell, marooned in a dusty London flat, the Cotswolds seem like a haven of peace and tranquillity. But Chief Inspector Markby has a rather different view of his native area, as he witnesses the bulldozing of one of his favourite boyhood haunts to make way for yet another housing estate. And when a man's body is found buried in the foundations of one of the plots his outlook turns even grimmer. The only cheering prospect on the horizon is Meredith's forthcoming visit. The dead man however remains a mystery: the labourer who dug up his body has disappeared and the farmers whose lands abut the burial site are little help. Charming, eccentric Mrs Carmody treats Markby, whom she has known since he was a boy, with fond familiarity and Mrs Winthrop at the neighbouring farm is happy to supply him with tea and scones but gives little else away. The time has come for someone with a different perspective to see what they can glean. And Meredith, blessed with an uncanny ability for ferreting out the truth, seems the obvious candidate.What readers are saying about Cold in the Earth:'There are plenty of suspects in this well written murder mystery and some interesting historical background as well''A splendid story''Ann Granger, as always, breathes life into her characters and in this novel she also creates a threatening atmosphere'