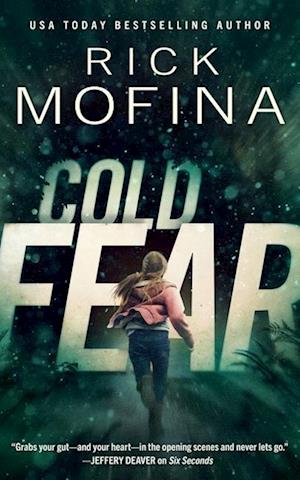 When a ten-year-old girl disappears in a Montana forest, it sets off an investigation that uncovers a dark secret.

In a remote, rugged corner of Montana's Glacier National Park, little Paige Baker of San Francisco disappears with her dog, Kobee, while on a camping trip with her family.

At least, this is the story her mother and father have told the authorities.

As a multi-agency task force launches a massive search, Paige fights to survive in the wilderness. Time hammers against her and soon the nation is gripped by the life-and-death drama.

Behind the scenes, the FBI grows suspicious of Paige's parents. Soon homicide detective Walt Sydowski is assigned to assist in the case, and reporter Tom Reed is dispatched to cover it.

But when the parents' recent history and disturbing evidence links them to a horrible secret from the past, Reed realizes it will take a miracle to find the girl.

Because there may be a monster in their midst, racing to catch her first...

COLD FEAR is the second installment in the award-winning Tom Reed series.

The Crime Writers of Canada, The International Thriller Writers and The Private Eye Writers of America have listed his titles among the best in crime fiction. As a two-time winner of Canada's Arthur Ellis Award, a four-time Thriller Award finalist and a two-time Shamus Award finalist, the Library Journal calls him, "One of the best thriller writers in the business."