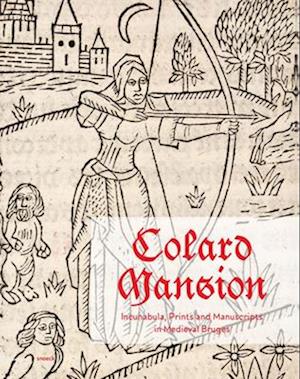 In the fifteenth century Bruges was a cosmopolitan, dynamic city, famous for its book production. Luxury books held a central place in international trade and the broader Burgundian culture. In the middle of this book world stands the figure of Colard Mansion, producer of luxury books. Initially, Mansion was the man of beautiful manuscripts, but he quickly switched over to the brand-new medium of the printed book. Mansion created the most magnificent incunabula of his time, in an unprecedented typography and very specially illustrated. He primarily printed French texts that had never been published before. This unprecedented beauty of Mansion's printed oeuvre is a main focus of the exhibition and the accompanying. Incunabula from the Public Library of Bruges and the Bibliotheque nationale de France are supplemented by volumes from libraries all over the world. Never before has such a large number of Mansion's incunabula been assembled.Colard Mansion's work integrates tradition and innovation and includes prints, manuscripts and miniatures, but also illustrations. The exhibition that took place March-June 2018 and the publication will acquaint you with the studio practices of Colard Mansion and those of copyists, printmakers and other artists and artisans.

Forfattere
Bibliotekernes beskrivelse In the fifteenth century Bruges was a cosmopolitan, dynamic city, famous for its book production. 300 colour