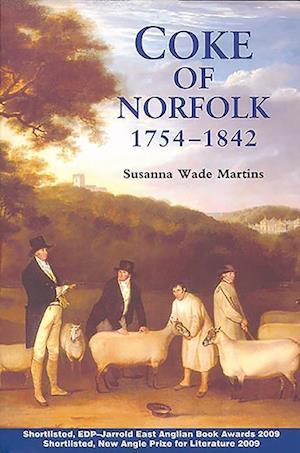 Thomas William Coke ("Coke of Norfolk") (1754-1842) is best known as one of the main promoters of the improved farming of the "Agricultural Revolution". He was also a county MP for over forty years between 1776 and 1832; and the owner of one of the finest palladian mansions in Britain, and by far, the largest estate in Norfolk at Holkham Hall. A friend of Charles James Fox, he moved in the highest Whig social circles and lavishly entertained distinguished friends from both political and academic fields who came to Holkham for its splendid library, works of art and antiquities as well as the game coverts. A charismatic figure, he was an outspoken critic of Britain's war against the Americans in their fight for independence which made him friends who visited and corresponded across the Atlantic. Despite his importance, both locally and nationally, there has been no full scale biography of him for a hundred years - a gap which this book sets out to address. It sets his agricultural achievements in a wider context, and places Coke himself in his milieu, as one of a small circle of landed grandees who were of major influence during a period of political turbulence and agricultural change. The author also examines Coke's reputation as a "patriot". Dr SUSANNA WADE MARTINS is Honorary Research Fellow, School of History, University of East Anglia.