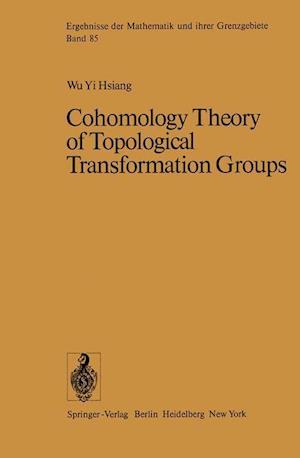 Historically, applications of algebraic topology to the study of topological transformation groups were originated in the work of L. E. 1. Brouwer on periodic transformations and, a little later, in the beautiful fixed point theorem ofP. A. Smith for prime periodic maps on homology spheres. Upon comparing the fixed point theorem of Smith with its predecessors, the fixed point theorems of Brouwer and Lefschetz, one finds that it is possible, at least for the case of homology spheres, to upgrade the conclusion of mere existence (or non-existence) to the actual determination of the homology type of the fixed point set, if the map is assumed to be prime periodic. The pioneer result of P. A. Smith clearly suggests a fruitful general direction of studying topological transformation groups in the framework of algebraic topology. Naturally, the immediate problems following the Smith fixed point theorem are to generalize it both in the direction of replacing the homology spheres by spaces of more general topological types and in the direction of replacing the group tl by more general compact groups.