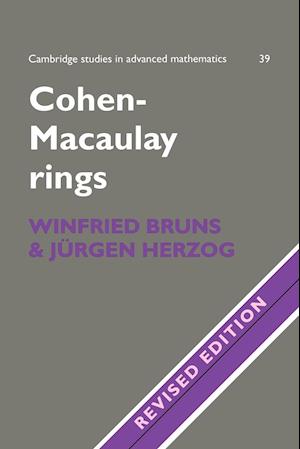 In the last two decades Cohen-Macaulay rings and modules have been central topics in commutative algebra. This book meets the need for a thorough, self-contained introduction to the homological and combinatorial aspects of the theory of Cohen-Macaulay rings, Gorenstein rings, local cohomology, and canonical modules. A separate chapter is devoted to Hilbert functions (including Macaulay's theorem) and numerical invariants derived from them. The authors emphasize the study of explicit, specific rings, making the presentation as concrete as possible. So the general theory is applied to Stanley-Reisner rings, semigroup rings, determinantal rings, and rings of invariants. Their connections with combinatorics are highlighted, e.g. Stanley's upper bound theorem or Ehrhart's reciprocity law for rational polytopes. The final chapters are devoted to Hochster's theorem on big Cohen-Macaulay modules and its applications, including Peskine-Szpiro's intersection theorem, the Evans-Griffith syzygy theorem, bounds for Bass numbers, and tight closure. Throughout each chapter the authors have supplied many examples and exercises which, combined with the expository style, will make the book very useful for graduate courses in algebra. As the only modern, broad account of the subject it will be essential reading for researchers in commutative algebra.