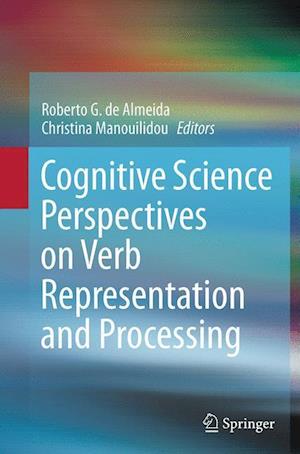 Verbs play an important role in how events, states and other "happenings" are mentally represented and how they are expressed in natural language. Besides their central role in linguistics, verbs have long been prominent topics of research in analytic philosophy-mostly on the nature of events and predicate-argument structure-and a topic of empirical investigation in psycholinguistics, mostly on argument structure and its role in sentence comprehension. More recently, the representation of verb meaning has been gaining momentum as a topic of research in other cognitive science branches, notably neuroscience and the psychology of concepts. The present volume is an expression of this recent surge in the investigation of verb structure and meaning from the interdisciplinary perspective of cognitive science, with up-to-date contributions by theoretical linguists, philosophers, psycholinguists and neuroscientists. The volume presents new theoretical and empirical studies on how verb structure and verb meaning are represented, how they are processed during language comprehension, how they are acquired, and how they are neurologically implemented. Cognitive Science Perspectives on Verb Representation and Processing is a reflection of the recent collaboration between the disciplines that constitute cognitive science, bringing new empirical data and theoretical insights on a key element of natural language and conceptualization.