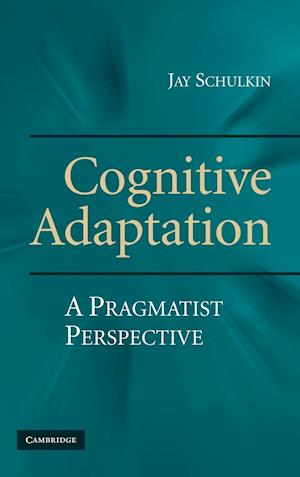 Cognitive Adaptation: A Pragmatist Perspective argues that there is a fundamental link between cognitive/neural systems and evolution that underlies human activity. One important result is that the line between nature and culture and scientific and humanistic inquiry is quite permeable - the two are fairly continuous with each other. Two concepts figure importantly in our human ascent: agency and animacy. The first is the recognition of another person as having beliefs, desires, and a sense of experience. The second term is the recognition of an object as alive, a piece of biology. Both reflect a predilection in our cognitive architecture that is fundamental to an evolving, but fragile, sense of humanity. The book further argues for a regulative norm of self-corrective inquiry, an appreciation of the hypothetical nature of all knowledge. Schulkin's perspective is rooted in contemporary behavioral and cognitive neuroscience.