- Descartes and Thinking the World 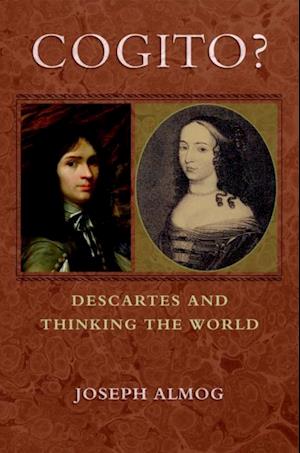 Decartes' maxim Cogito, Ergo Sum (from his Meditations) is perhaps the most famous philosophical expression ever coined. Joseph Almog is a Descartes analyst whose last book WHAT AM I? focused on the second half of this expression, Sum--who is the 'I' who is existing-and-thinking and how does this entity somehow incorporate both body and mind? This volume looks at the first half of the proposition--cogito. Almog calls this the 'thinking man's paradox': how can there be, in the the natural world and as part and parcel of it, a creature that... thinks? Descartes' proposition declares that such a fact obtains and he maintains that it is self-evident; but as Almog points out, from the point of view of Descartes' own skepticism, it is far from obvious that there could be a thinking-man. How can it be that a thinking human be both part of the natural world and yet somehow distinct and separate from it? How did 'thinking' arise in an otherwise 'thoughtless' universe and what does it mean for beings like us to be thinkers? Almog goes back to the Meditations, and using Descartes' own aposteriori cognitive methodology--his naturalistic, scientific, approach to the study of man--tries to answer the question.