indgår i serie Markets And The Law 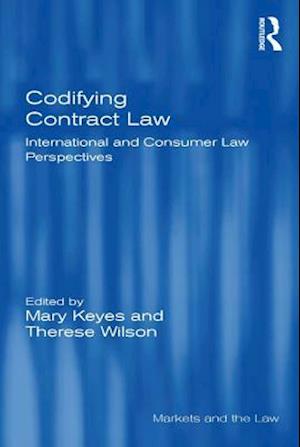 Exploring the advantages and disadvantages of codifying contract law, this book considers the question from the perspectives of both civil and common law systems, referring in detail to issues of international and consumer law. With contributions from leading international scholars, the chapters present a range of opinions on the virtues of codification, encouraging further debate on this topic. The book commences with a discussion on the internationalization imperative for codification of contract law. It then turns to regional issues, exploring first codification attempts in the European Union and Japan, and then issues relevant to codification in the common law jurisdictions of Australia, New Zealand and the United States. The collection concludes with two chapters which consider the need to draw upon both private and comparative international law perspectives to inform any codification reforms. This book will be of interest to international and comparative contract law academics, as well as regulators and policy-makers.