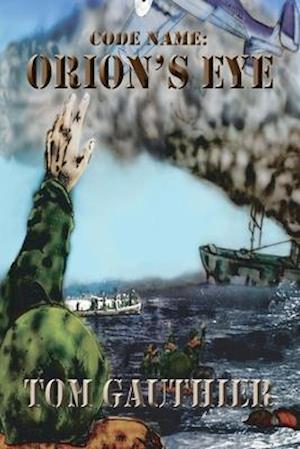 Major Amos Mead, USMC, an agent for the OSS based in London, is tasked with tracking Nazi spies. Through radio intercepts, Mead discovers Nazi Germans are trying to locate and steal a new and important breakthrough in U.S. radar technology. Ultimately, assigned to protect the radar device on its journey to war with the 1st Fighter Control Squadron, Mead assembles a most unlikely team of fellow spy catchers. Unknown to Mead and his team, Nazi leaders Hermann Goering and Heinrich Himmler are in direct competition with each other to capture the device for their own paranoid purposes. Nazi master spy Otto Hauptmann works for one of them. Into the mix is thrown another spy - suspected to be a U.S. military officer, also on the Nazi espionage mission. Thus, Mead and company are challenged from many directions. The chase begins in Berlin and London, passes through North and South America, and ends in the South Pacific, 300 miles from Fiji. Along the way, an old love interest reappears, unusual alliances are formed, highest levels of government provide clandestine support, people are lost and found, and the culmination of the race twists in unsuspected ways.