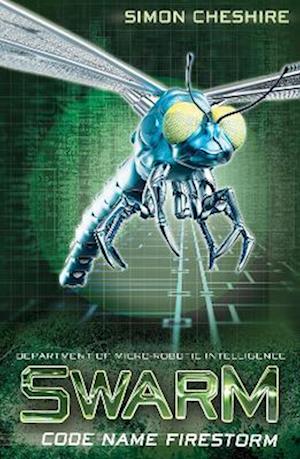 Code Name Firestorm is the third book in the exciting, action-packed SWARM series. The Secret Intelligence Agency has a new weapon: SWARM - artificially intelligent robotic bugs that act as undercover agents. Operating below the radar, they can fly faster, see further and sting harder! They won't stop until they've completed their mission, no matter what it takes. In the face of trouble, SWARM are armed and ready to fight. In Code Name Firestorm, a string of hi-tech attacks have hit London, hacking classified data and targeting banks. The mysterious organization behind the attacks has gained access to vital state secrets and is threatening to unleash them. It's up to SWARM to act before they set off a chain reaction on a global scale. The clock is ticking... Exciting stories of spying and hi-tech gadgets for readers seeking fast-paced action books that bridge the gap between Transformers and Alex Rider.