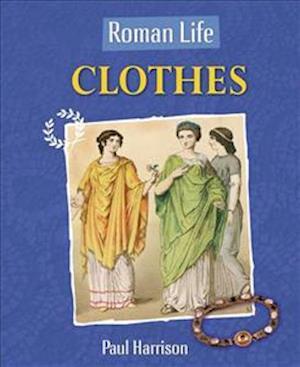 Roman Life is a series that will explore the establishment of the Roman Empire and the notable people of the age, such as Augustus, Virgil and Homer. The text will chronicle the features and characteristics of the Roman age and explore the lives of the different social classes, as well as men, women and children. Readers will learn what it was like to live as a Roman, be able to compare how their present lives have been influenced by the past and learn how much has changed since Roman times.This title looks at Roman clothes - the different fashions for men, women and children, including hairstyles and what jewellery they wore. It investigates the foreign influences on clothing at the time, as well as what textiles were used and different types of footwear.

Forfattere
Bibliotekernes beskrivelse A series of four books that will examine different aspects of Roman Life and how the era of the Roman Empire influenced present-day life in Britain and the rest of the world. 22