Cloth That Changed the World

- The Art and Fashion of Indian Chintz 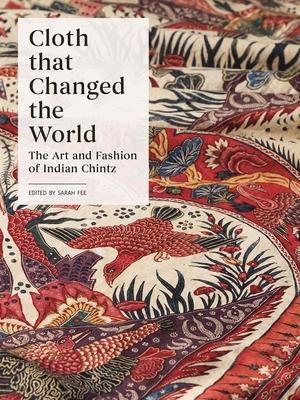 The story of India's exuberantly colored textiles that made their mark on design, technology, and trade around the world

Chintz, a type of multicolored printed or painted cotton cloth, originated in India yet exerted influence far beyond its home shores: it became a driving force of the spice trade in the East Indies, and it attracted European merchants, who by the 17th century were importing millions of pieces. In the 18th century, Indian chintz became so coveted globally that Europeans attempted to imitate its uniquely vibrant dyes and design--a quest that eventually sparked the mechanical and business innovations that ushered in the Industrial Revolution, with its far-reaching societal impacts.

This beautifully illustrated book tells the fascinating and multidisciplinary stories of the widespread desire for Indian chintz over 1,000 years to its latest resurgence in modern fashion and home design. Based on the renowned Indian chintz collections held at the Royal Ontario Museum, the book showcases the genius of Indian chintz makers and the dazzling variety of works they have created for specialized markets: religious and court banners for India, monumental gilded wall hangings for elite homes in Europe and Thailand, luxury women's dress for England, sacred hangings for ancestral ceremonies in Indonesia, and today's runways of Lakme Fashion Week in Mumbai.