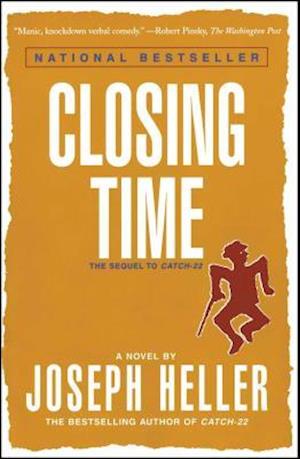 A darkly comic and ambitious sequel to the American classic Catch-22. In Closing Time, Joseph Heller returns to the characters of Catch-22, now coming to the end of their lives and the century, as is the entire generation that fought in World War II: Yossarian and Milo Minderbinder, the chaplain, and such newcomers as little Sammy Singer and giant Lew, all linked, in an uneasy peace and old age, fighting not the Germans this time, but The End. Closing Time deftly satirizes the realities and the myths of America in the half century since WWII: the absurdity of our politics, the decline of our society and our great cities, the greed and hypocrisy of our business and culture -- with the same ferocious humor as Catch-22.

Closing Time is outrageously funny and totally serious, and as brilliant and successful as Catch-22 itself, a fun-house mirror that captures, at once grotesquely and accurately, the truth about ourselves.

Forfattere
Bibliotekernes beskrivelse More than 30 years after his Catch-22 so memorably--and hilariously--captured the ultimate absurdity of war, Heller brings his ferocious humor and intelligence to bear on what has happened since the Second World War, revisting many of the original characters, now older, if not wiser.