- The Scientific Biography of Julian Schwinger 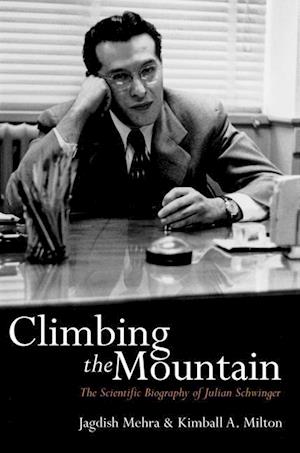 Julian Schwinger was one of the leading theoretical physicists of the twentieth century. His contributions are as important, and as pervasive, as those of Richard Feynman, with whom (and with Sin-itiro Tomonaga) he shared the 1965 Nobel Prize for Physics. Yet, while Feynman is universally recognized as a cultural icon, Schwinger is little known even to many within the physics community. In his youth, Julian Schwinger was a nuclear physicist, turning to classicalelectrodynamics after World War II. In the years after the war, he was the first to renormalize quantum electrodynamics. Subsequently, he presented the most complete formulation of quantum field theory and laid the foundations for the electroweak synthesis of Glashow, Weinberg, and Salam, and he madefundamental contributions to the theory of nuclear magnetic resonance, to many-body theory, and to quantum optics. He developed a unique approach to quantum mechanics, measurement algebra, and a general quantum action principle. His discoveries include 'Feynman's' parameters and 'Glauber's' coherent states; in later years he also developed an alternative to operator field theory which he called Source Theory, reflecting his profound phenomenological bent. His late work on the Thomas-Fermi modelof atoms and on the Casimir effect continues to be an inspiration to a new generation of physicists. This biography describes the many strands of his research life, while tracing the personal life of this private and gentle genius.

Forfattere
Bibliotekernes beskrivelse This is the first biography of Julian Schwinger, one of the great theoretical physicists of the twentieth century. A long-time colleague and collaborator of Richard Feynman, he was the joint winner with Feynman of the 1965 Nobel Prize for Physics for their work on quantum electrodynamics. However his contribution extended far beyond this, and his life and achievements are chronicled in this book. halftone frontispiece & 16pp halftones