Climate Dynamics of the Tropics 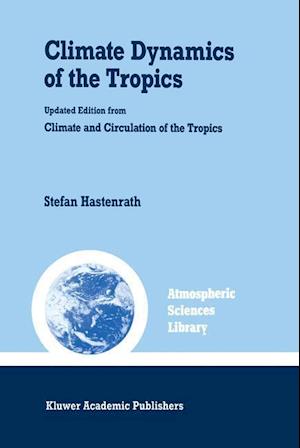 The first edition of my book "Climate and Circulation of the Tropics" was reasonably up to date to the middle of 1985. In a second printing in 1988 it was possible to complete a few literature references and to correct some misprints. However, vigorous research has taken place over the past five years in various areas of tropical climate dynamics, especially in the atmosphere-ocean mechanisms of climate anomalies, climate prediction, ocean circulation, and paleoclimates. Promising progress has also been made in the application of general circulation modelling to tropical climate problems. In the present second edition, named "Climate Dynamics of the Tropics", I have attempted to incorporate much of the recent work to late 1990. Chapters 8 and 9 have been essentially re-written, and major additions have been made to Chapters 4 and 12 in particular. I would like to acknowledge the continued support by the U.S. National Science Foundation over the past five years. B. Parthasarathy, Poona, and H. Lessmann, San Salvador, sent me updates of data series not easily accessible. I have benefitted from discussions with numerous colleagues in the United States and overseas. In the preparation of this second edition, Marilyn Wolff patiently transferred my illegible hand-written drafts onto word processor. Dierk Polzin and Dan Skemp assisted me with the creation of the page masters and the subject index and Christopher Collimore with the author index.