Climate and Time in their Geological Relations 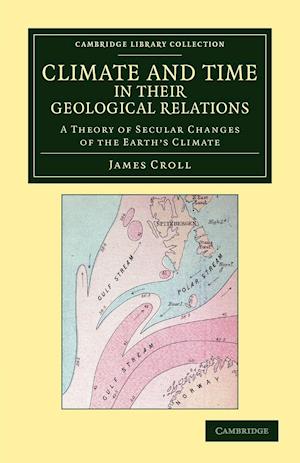 This first book by James Croll (1821-90), published in 1875, includes many of the original geophysical theories that he had formulated throughout the early years of his career. A self-educated amateur, Croll obtained work at the Glasgow Andersonian Museum, which gave him leisure time to pursue his scientific interests. The fluidity of scientific disciplines at the time allowed him to virtually invent the field of geophysics, and his unique insights united ideas previously thought unconnected, such as using physics to explore the causes of the glacial epochs, climatic changes and the circulation and temperature of ocean currents. Croll, whose Stellar Evolution and its Relations to Geological Time is also reissued in this series, later became a Fellow of the Royal Society and of St Andrew's University, but (possibly because of his non-scientific background) he writes in a style which makes his works accessible to a lay readership.

Forfattere
Bibliotekernes beskrivelse This 1875 treatise is the culmination of the early scientific work of James Croll (1821-90), using physics to explore the causes of the glacial epochs, climatic changes and the circulation of ocean currents. Though a self-educated amateur, Croll was the first scientist to connect geology, physics and climate change. 2 Plates, color; 1 Plates, black and white; 5 Maps