indgår i serie Cambridge Themes in American Literature and Culture 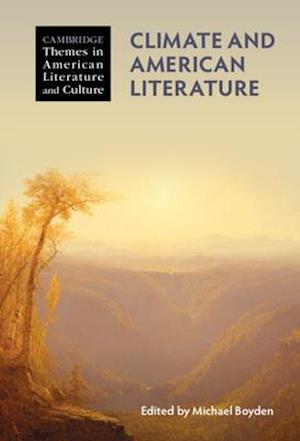 Climate has infused the literary history of the United States, from the writings of explorers and conquerors, over early national celebrations of the American climate, to the flowering of romantic nature writing. This volume traces this complex semantic history in American thought and literature to examine rhetorical and philosophical discourses that continue to propel and constrain American climate perceptions today. It explores how American literature from its inception up until the present engages with the climate, both real and perceived. Climate and American Literature attends to the central place that the climate has historically occupied in virtually all aspects of American life, from public health and medicine, over the organization of the political system and the public sphere, to the culture of sensibility, aesthetics and literary culture. It details American inflections of climate perceptions over time to offer revealing new perspectives on one of the most pressing issues of our time.