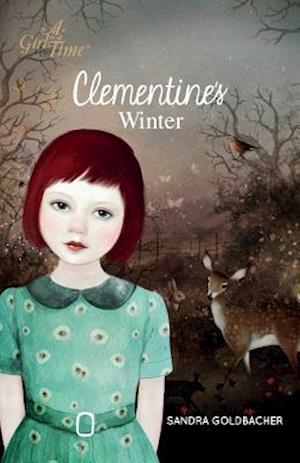 Clementine Harper is 12 and learning to tap dance at Madame Pearl's Stage School in Finchley when war breaks out. As the air raids start to hit London, she and her two younger brothers, Ronnie and Ernie, are evacuated. Arriving in a tiny Devon village, they're sent to live with an eccentric widow who lives in a drafty mansion in the middle of wintry woods. Clementine is thrilled to meet another fi sh out of water - Giesele, a sophisticated Jewish girl, who has escaped from Nazi Germany and they become soul mates immediately. Giesele's parents are still in hiding in Berlin and her sister Klara has gone missing. If only they could help somehow. The girls are enlisted by the local Girl Guides who, they soon fi nd out, are training to do SO much more than bake cakes and tie knots. They're asked to help put on a Christmas show for the American soldiers at the military base nearby. But the show is a cover for a very secret mission, and the girls' lives are soon fi lled with mystery and adventure.