- Environmental Ideals and Urban Practice in Genoa and Venice 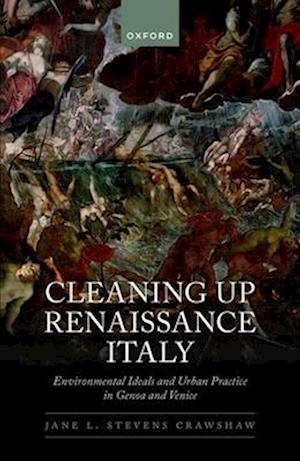 People and goods from across the globe filled the vibrant ports of Genoa and Venice during the Renaissance. This book takes us onto the streets, bridges, and waterways of these significant, sensuous cities to reveal the ambitious schemes undertaken to promote the cleanliness and health of their communities. Along the way, we encounter a broad and fascinating cross-section of Renaissance society - from courtesans to street food sellers and architects to canal diggers- and, using new archival sources, uncover both the ideals and lived experiences of health and environmental management. During the Renaissance, vital connections were believed to exist between people's natures and those of the places they inhabited. Problems in urban or environmental bodies could have social and moral, as well as physical, effects. Street cleaning or the dredging of canals, therefore, were often justified in societal and religious, as well as natural, terms. These associations shaped government measures to regulate everyday life in ports, alongside communal responses to natural disasters. Theyinformed the management of the environment, including waste disposal, flood defences, dredging, and land reclamation, and endowed such activity with both physical and symbolic purpose.This is not simply a story of elite, official initiatives. Members of communities used public health structures to resolve the challenges of urban life - social and physical. Occupational groups such as fishermen acted as environmental experts through the organisation of their guilds and provided reports on specific projects and proposals to government magistracies. Finally, the governments of both ports operated important systems of petitions and privileges, which encouraged innovation andthe development of new technology by citizens and foreigners to address the central, environmental challenges of the day. Renaissance public health, then, emerges as a collaborate enterprise, as well as a site of tension within cosmopolitan neighbourhoods, and its study unveils more about forms ofgovernance and community in this period.An illuminating and original account of social policies, urban design, and environmental management between 1400 and 1600, Cleaning Up Renaissance Italy provides a new, multi-disciplinary history of Renaissance Italy.