- The Legal Impact of Foreign Intervention in Civil Wars 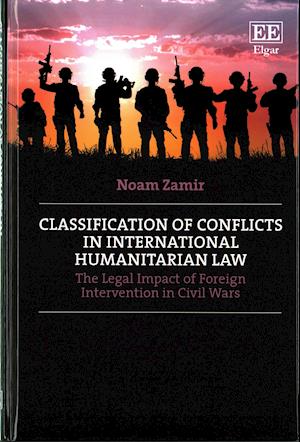 Civil wars have formed the vast majority of all armed conflicts since the Second World War. These civil wars have often been accompanied by the intervention of foreign states in favour of one or more of the parties. Such interventions raise various general questions regarding conflict classification in international humanitarian law (IHL), which are important because the relevant law that applies is shaped by whether a conflict is classified as international or non-international. This book provides a thorough examination of the theoretical basis of classification of conflicts in IHL, with special focus on the legal impact of armed foreign intervention in civil wars.Noam Zamir enriches the discourse on IHL by providing an in-depth doctrinal examination of issues concerning conflict classification and examining recent civil wars with foreign interventions, such as the Libyan civil war (2011), Mali civil war (2012-2015) and the ongoing civil war in Yemen, and identifying potential solutions to different lacunae in this field.The issue of conflict classification has significant practical ramifications and this book will have a wide and varied readership, including legal scholars, law students and governmental and military lawyers.

Forfattere
Bibliotekernes beskrivelse Civil wars have formed the vast majority of all armed conflicts since the Second World War.