Classical Sculpture and the Culture of Collecting in Britain since 1760 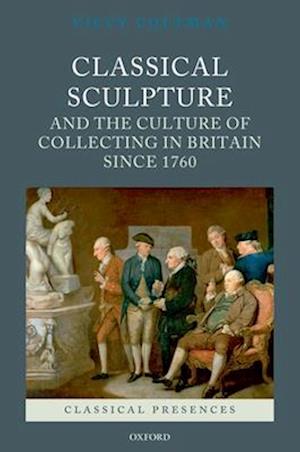 This is a book about classical sculptures in the early modern period, centuries after the decline and fall of Rome, when they began to be excavated, restored, and collected by British visitors in Italy in the second half of the eighteenth century. Viccy Coltman contrasts the precarious and competitive culture of eighteenth-century collecting, which integrated sculpture into the domestic interior back home in Britain, with the study and publication of individualspecimens by classical archaeologists like Adolf Michaelis a century later. Her study is comprehensively illustrated with over 100 photographs.

Forfattere
Bibliotekernes beskrivelse A fully illustrated study of the reception of classical sculptures in the early modern period. Viccy Coltman contrasts the culture of British eighteenth-century collecting, which integrated sculpture into the domestic interior, with the focus upon individual specimens by classical archaeologists like Adolf Michaelis a century later. 32pp colour plates and 85 halftones