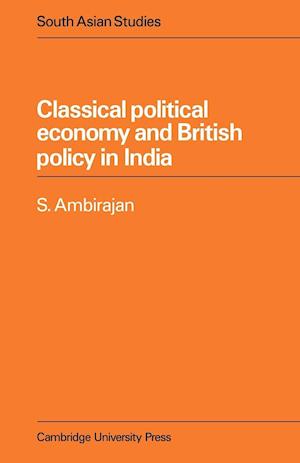 This book examines the effect of Classical political economy - the economic and monetary writings of Adam Smith, Ricardo, Malthus, the Mills and others - on the policy-making of the British government in India in the late eighteenth and nineteenth centuries. Professor Ambirajan shows how the economic doctrines of laissez-faire individualism and the freedom of market forces were instilled into the British administrative class. The East India Company's college at Haileybury was the most obvious agent but it is clear that a whole nexus of taught and unconscious attitudes predisposed the administrators to accept the ideas and ideologies of the economists.