Classical Literary Careers and their Reception

- Classical Literary Careers and their Reception 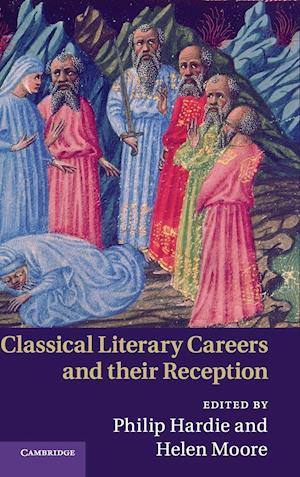 This is a wide-ranging collection of essays on ancient Roman literary careers and their reception in later European literature, with contributions by leading experts. Starting from the three major Roman models for constructing a literary career - Virgil (the rota Vergiliana), Horace and Ovid - the volume then looks at alternative and counter-models in antiquity: Propertius, Juvenal, Cicero and Pliny. A range of post-antique responses to the ancient patterns is examined, from Dante to Wordsworth, and including Petrarch, Shakespeare, Milton, Marvell, Dryden and Goethe. These chapters pose the question of the continuing relevance of ancient career models as ideas of authorship change over the centuries, leading to varying engagements and disengagements with classical literary careers. The volume also considers other ways of concluding or extending a literary career, such as bookburning and figurative metempsychosis.

Forfattere
Bibliotekernes beskrivelse A wide-ranging study of ancient Roman literary careers and their reception in later European literature. The focus is on the three major models of the careers of Virgil, Horace and Ovid, and the ways in which other ancient and post-antique authors respond to these patterns for constructing their own literary careers. 2 Tables, black and white