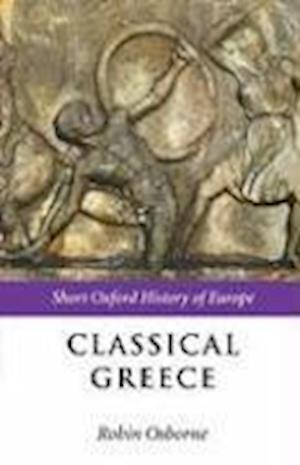 The complete Short Oxford History of Europe (series editor: Professor T C W Blanning) will cover the history of Europe from Classical Greece to the present in eleven volumes. In each, experts write to their strengths tackling the key issues, including society, economy, religion, politics, and culture, head-on in chapters that will be at once wide-ranging surveys and searching analyses. Each book is specifically designed with the non-specialist reader inmind; but the authority of the contributors and the vigour of the interpretations will make them necessary and challenging reading for fellow academics across a range of disciplines. Osborne's is the third book to be launched in the series, following on from the publication of Blanning's Eighteenth and Nineteenth century volumes. Robin Osborne provides an analysis which introduces the physical world of the Greek city and the inheritance of the classical city from its archaic past. With specially commissioned chapters, a team of experts introduce the reader to the economy of the Greek city, its political and religious institutions, the waging of warfare between cities, the nature and ancient analysis of struggles within cities, and the private life of individuals. The focus then moves to diachronic change within thecity, tracing the broad narratives of Greek history through the fifth and fourth centuries, and concludes by demonstrating the changing ways in which the Greeks themselves construed individual and civic life. Looking at classical Greece as a whole, the reader is introduced to general issues through use of precise examples and through the words of Greek writers themselves. Maps, a timeline, and a selective bibliography help readers to ground the information that is given and direct their further studies.