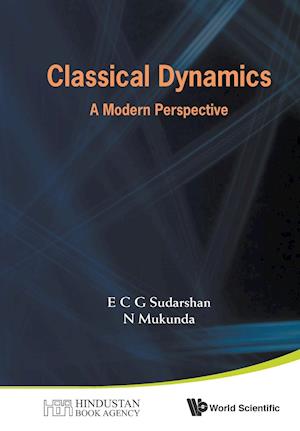 Classical dynamics is traditionally treated as an early stage in the development of physics, a stage that has long been superseded by more ambitious theories. Here, in this book, classical dynamics is treated as a subject on its own as well as a research frontier. Incorporating insights gained over the past several decades, the essential principles of classical dynamics are presented, while demonstrating that a number of key results originally considered only in the context of quantum theory and particle physics, have their foundations in classical dynamics.Graduate students in physics and practicing physicists will welcome the present approach to classical dynamics that encompasses systems of particles, free and interacting fields, and coupled systems. Lie groups and Lie algebras are incorporated at a basic level and are used in describing space-time symmetry groups. There is an extensive discussion on constrained systems, Dirac brackets and their geometrical interpretation. The Lie-algebraic description of dynamical systems is discussed in detail, and Poisson brackets are developed as a realization of Lie brackets. Other topics include treatments of classical spin, elementary relativistic systems in the classical context, irreducible realizations of the Galileo and Poincare groups, and hydrodynamics as a Galilean field theory. Students will also find that this approach that deals with problems of manifest covariance, the no-interaction theorem in Hamiltonian mechanics and the structure of action-at-a-distance theories provides all the essential preparatory groundwork for a passage to quantum field theory.This reprinting of the original text published in 1974 is a testimony to the vitality of the contents that has remained relevant over nearly half a century.

Forfattere
Bibliotekernes beskrivelse Classical dynamics is traditionally treated as an early stage in the development of physics, a stage that has long been superseded by more ambitious theories.