Classic in the Dock 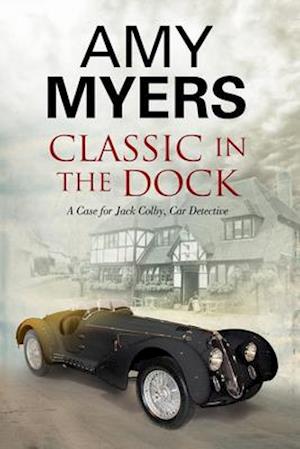 Jack Colby, car detective, is plunged into a nightmare when his friend, the world famous artist Giovanni, is arrested for murder Jack Colby is delighted when his friend, the world famous artist Giovanni, calls in at Frogs Hill on his way to Plumshaw Manor to paint a 1930s Alfa Romeo racing car. Jack waves him goodbye - but it isn't for long. Later that day he has a phone call from Giovanni. He has been arrested for the murder! What follows brings nightmare to Jack, as he investigates the crime. Did Giovanni really do it? Or is the murder related to a village feud between two rival families? Nothing is as it seems - except for the danger which Jack faces as he draws close to the truth.